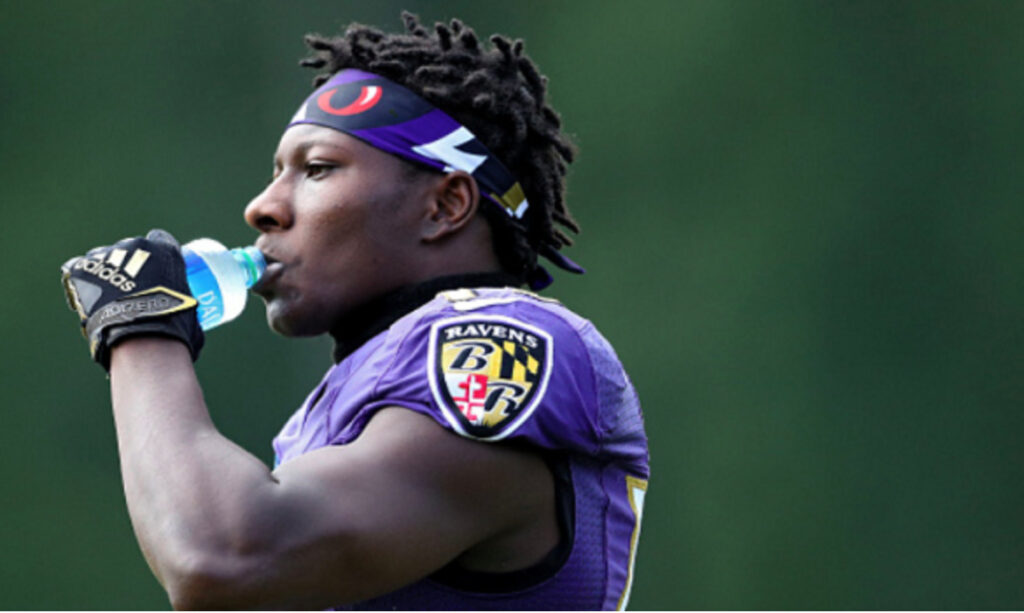 When the Ravens selected Marquise Brown with the 25th overall pick in the 2019 NFL Draft some were skeptical. First there’s the Ravens track record with wide receivers. They haven’t exactly set the world ablaze with intuitive scouting at the position. Plus, Brown isn’t really built like the prototypical No. 1 receiver that the team’s fans covet.

At 5’9”, 170 pounds, Brown can struggle to get a clean release off the line when pressed by larger, capable corners and that can mitigate his world class speed and disrupt the timing of a play. But despite his relatively diminutive stature, Brown has shown some promise and with the added weaponry to offensive coordinator Greg Roman’s arsenal, the third-year player could see more snaps from the slot with newly acquired Sammy Watkins and first-round pick Rashod Bateman manning the “X” and “Z” spots in three-receiver sets.

Operating out of the slot could pave the way to cleaner releases for Marquise. Slot corners typically aren’t as big or physical, plus they don’t have the advantage of using the sidelines for defensive leverage. It wouldn’t be a stretch to see Roman align Brown and Mark Andrews side by side off-tackle, to create mismatches utilizing rub routes.

And let’s not forget that the added skill position players are complemented by what promises to be a much improved offensive line. All of these improvements help to spread the field, plant the seed of doubt into the collective mind of opposing defenses and it opens the team’s playbook. Defensive uncertainty slows down players who are forced to think more and those fleeting moments of hesitation create offensive windows of opportunity.

Such possibilities coupled with the league’s most formidable rushing attack very well may become the seeds of a high-powered scoring juggernaut with the NFL’s 2019 MVP at the controls. But possibilities mean nothing until they become reality at some point in the future. To predict the future, history oftentimes provides the best clues.

During his rookie season, Brown posted 46 catches for 584 yards and 7 scores. When targeted by Lamar, he produced a pass rating of 123.2. He had a drop rate (2 drops) of 2.8%. In 2020 Marquise collected 58 passes for 769 yards and 8 touchdowns. He did run into a rough patch last season during games 7 through 10 when he caught a TOTAL of 6 passes for just 55 yards. Brown’s drop rate bumped up to 6% (6 drops) but he did come on strong to close the season. In the last 8 games, including two playoff contests, Brown posted 37 catches for 534 yards and 6 TD’s. Prorated over a 17 game schedule his totals would reach 79 catches, 1,135 yards and 13 touchdowns. And beginning with that electrifying TD catch in Cleveland on Monday Night Football, Brown hasn’t dropped another pass since.

Comparatively speaking, such numbers in 2020 would place Brown as the 13th best WR in yards and 5th best in scoring. And to put even more perspective on the projected stats, Tyreek Hill finished 2020 with 87 catches, 1,276 yards and 15 TD’s.

Of course, projections are just that. A hot streak can be misleading and there’s no guarantee that a player can make consistent contributions over a 5-month period. However, they do suggest that the potential is there. When you consider the development of Roman’s offense, the contributions of assistant coaches Tee Martin and Keith Williams, the improvements across the offensive front and the added skill position players, you gain a measure of comfort that curve of Brown’s development has promise. And let’s not forget the statistical evidence that suggests a receiver’s third year in the league is often a launching pad for things to come.

Marquise isn’t built like Davante Adams. He probably won’t win contested catches like DeAndre Hopkins. He doesn’t have the size of DK Metcalf, nor does he provide an inviting red zone catch radius like Mike Evans. But when you add it all up there are many reasons to feel good about the arch of Brown’s career in the Ravens offense. The probability for improvement is promising.

And that spells improvement for the Ravens overall.