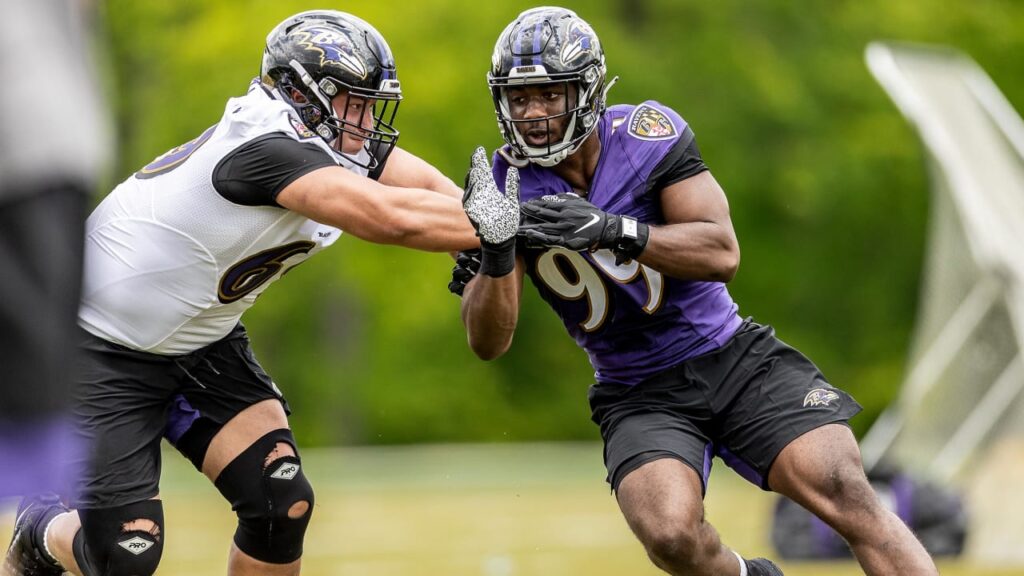 When the Ravens drafted Terrell Suggs with the 10th overall pick in the 2003 NFL Draft, things worked out well for Ozzie Newsome & Company but clearly the draft didn’t go as planned. You may recall that the player the Ravens coveted was Marshall quarterback Byron Leftwich. The Ravens, sensing that the Jaguars might move up in the draft to select Leftwich, agreed to a deal with the Vikings in which the teams would swap first round picks plus the Ravens would give up a fourth and a sixth to move from 10 to 7 in the first round.

The deal was never submitted in time by both teams (since, both teams have blamed the other) and when the Vikings time on the clock had expired and they failed to make their pick, the Jaguars, scheduled to make the 8th overall pick, pounced on the Vikings’ error and selected Leftwich. Then the Panthers, realizing the Vikings still weren’t prepared to make a pick, nabbed Jordan Gross. Minnesota finally responded by taking DT Kevin Williams leaving Suggs for the Ravens at 10.

Heading into that draft, some forecasted Suggs as the first non-quarterback to be selected having come off a record-setting Junior season when he registered an incredible 24 sacks in 13 games. But a poor combine during which he ran a 4.84 40-yard dash, dropped Suggs down draft boards. Head coach Brian Billick scoffed at the slow time, and said he’ll start worrying about it when quarterbacks take 40-yard drops.

Fair enough. At the end of the day, one could argue that the Ravens landed the best player in that 2003 NFL Draft. 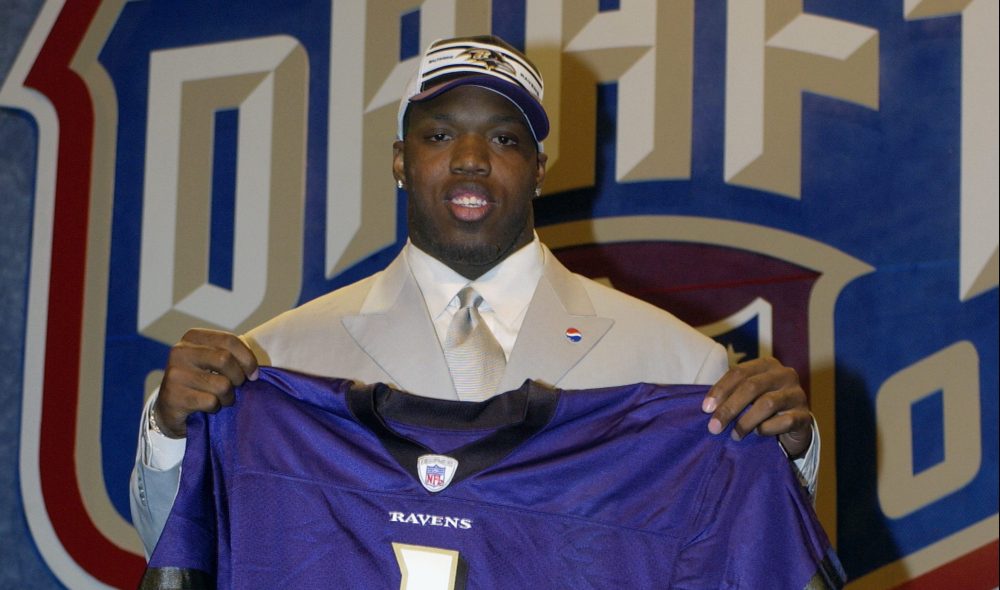 During his rookie season, Suggs had 12 sacks on his way to Defensive Rookie of the Year honors. He wasn’t always the outstanding edge-setter that he eventually would become and was regarded as a pass rush specialist early in his career. But given his instincts and football IQ, Suggs would eventually shape into a well-rounded player who is now destined for enshrinement in Canton, OH.

This year, with one of their first-round picks, the pick acquired from the Kansas City Chiefs in exchange for Orlando Brown, Jr., the Ravens selected edge defender Odafe Oweh. In 20 games as a Nittany Lion, Oweh registered 7 sacks. He enters the NFL as a player who has freakish athletic skills but lacks the instincts that made Suggs special. Oweh is raw and should be considered “developmental” at this point – a handsome price to pay for a player whose college production doesn’t justify the draft capital invested.

But it’s safe to say the Ravens have a plan for Oweh.

The best coaches are those who can glean the best returns from a player’s innate skills. A chiseled 6’4”, 257 pound athlete with off the chart measurables, including a 4.37 40-yard dash, is clearly something that defensive coordinator Wink Martindale can work with. Yet Oweh is a bit of a gamble. There are many who believe that past performances are indicators of future achievement. And if that’s the case with Oweh, disappointment lurks.

To reinforce the team’s pass rush as Oweh develops, the Ravens have discussed the idea of making Justin Houston a Raven. He visited the team just prior to the 2021 NFL Draft but left without a deal. Houston remains unsigned, leading many to speculate that the asking price for the 32 year old defender coming off a 2020 season when he produced 8 sacks with the Colts is too rich for Ravens GM Eric DeCosta.

Indianapolis’ GM Chris Ballard, who is generally considered to be among the league’s brightest executives, opted not to bring back Houston despite having $16.8M in cap space, per Spotrac. Ballard also used his first two draft picks on pass rushers. In other words, buyer beware.

Time will tell if that tried and true credo measures up for the Ravens and Justin Houston.