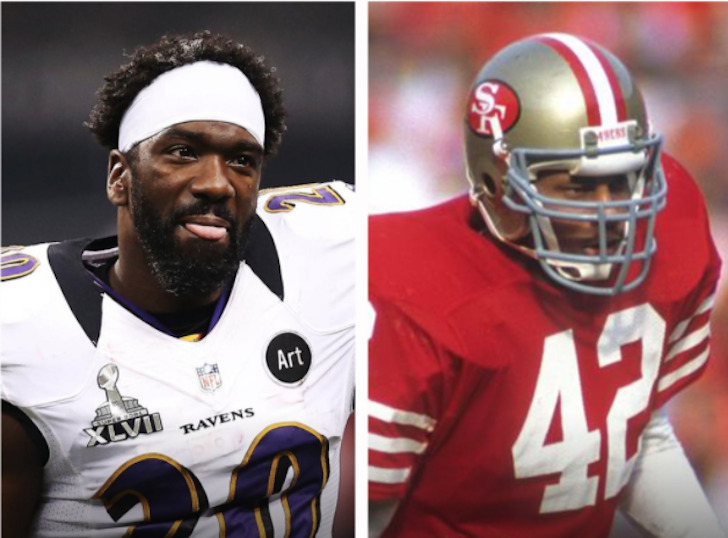 Given the lack of current NFL content, football publications often look to the past – to reminisce while we wait for the start of training camp. One such trip down memory lane captured my attention this week. The topic? The Greatest Safety of All-Time.

Those of us who call The Land of Pleasant Living home, will immediately plunk down the card with Ed Reed’s likeness on it. And with good reason. Reed is a 9-time Pro Bowler; 5-time All Pro; 3-time NFL interception leader; the all-time interception return yards leader (1,590); a member of the 2000 All-Decade Team and the NFL’s 100th Anniversary All-Time Team; 2004 NFL Defensive Player of the Year; member of the Ravens Ring of Honor and of course a Hall of Famer.

Reed’s career closely paralleled that of a divisional archrival, Troy Polamalu. And while Polamalu was a great player whose name is often mentioned in the same conversation as Ed, he falls a bit short of the Ravens great, even in places outside of Maryland.

So when I saw the post below from Pro Football Network, it captured my attention to a larger extent, because it wasn’t a Reed v. Polamalu debate. This one is a Reed v. Ronnie Lott debate.

Here’s a list of Lott’s accomplishments during his 14 seasons in the league:

Lott was drafted as a corner and moved to safety in 1986 after 5 seasons on the boundary.

A convincing argument could be made for either player as the best safety of all-time. When measuring greatness, I often look to how that player dominated his era. Both Reed and Lott were forces – the best at their craft when they played. So as I gave this a little more thought and doing my best to remove any hometown bias, I looked to the other ways in which the players contributed.

Lott had 5 interception returns for touchdowns during his 14 tour in the league. Reed had a total of 13 TD’s, 1 via punt return, 2 by fumble returns, 3 off blocked punts and 7 pick 6’s. Ed also added a safety. In other words, Reed was dangerous with the ball in his hands and he could affect games in more ways than Lott.

Ronnie was the more physical player and intimidation was a big part of his game. He could lay the lumber like the grittiest of linebackers and he changed the way opponents ran their routes. Lott was a headhunter and receivers were well aware of his presence.

How these two greats dominated their respective eras is undeniable. Picking one over the other is a challenge. Perhaps the best way to determine which was greater, can be determined by the answer to a simple question. If you were starting a team TODAY, in today’s NFL and you could have either of these players in their prime, which would you take?

Give me Ed Reed everyday and twice on game day!

The Greatest Safety of All-Time discussion is a fun one.

Between these two, who you choosing?