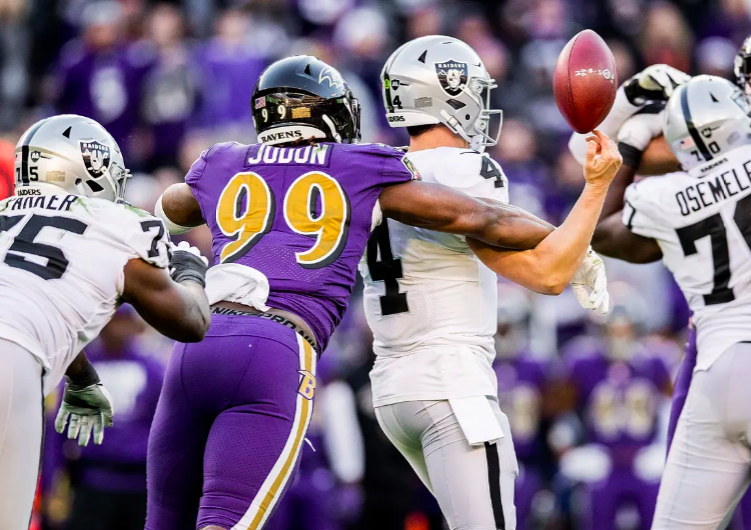 The linebacker position has the most questions of any position on the team heading into 2019. Do they pay top of the market money for their talented middle linebacker? The pass rush had a “whole is greater than the sum of its parts” feel, with underwhelming moments. Do they stay the course with it, even it means paying more, or do they aim higher? It’s very likely the position looks at least a little different next year.

To pay C.J. or not to pay C.J.? The debate raged on in the twitter streets, and my colleague Adam Bonaccorsi laid out his logic for letting Mosley walk here. While I think his level of play matched with his intangible impact make him a very good player, I tend to agree with Adam on the decision of whether to pay him top dollar. Excuse my bias here, but I’m of the opinion that you almost never pay a defender top dollar if they don’t rush the QB or excel in pass defense. How Eric DeCosta views it will be one of his first big decisions.

Another big decision he has is what to do with franchise cornerstone Terrell Suggs. Suggs still plays the run very well but faded as the season went on as a pass rusher. Trying to find common ground on salary and role for him will not be an easy task. It’s possible the team will decide to turn the page.

Za Smith had his breakout just in time for a payday. He was a force as a run defender, edge rusher and interior rusher. This situation has Pernell McPhee vibes but there are differences. Suggs’ unclear roster standing and the new-found financial freedom of having a QB on a rookie contract are both factors that could keep Za’Darius in town.

Judon really turned the corner over the last half of the season. He was a lot more consistent as a run defender and more impactful as a rusher. Entering his prime, and a contract year, it will be interesting to see what the team thinks his ceiling is and how that plays out in contract talks. With Tavon Young‘s early extension done, Judon could be next on the list.

Patrick Onwuasor’s last three games were as good as it gets. His potential ascension is maybe the biggest reason not to pay Mosley top dollar. He played fast, physical and was a great threat as a blitzer. Even if Mosley returns, “Peanut” is firmly in the rotation next season.

Kenny Young rode a hot preseason into a large role at will linebacker to start the season. Towards the end of the year, he hit a bit of a rookie wall, coupled with Onwuasor’s hot streak. Despite that, I think his rookie season can be categorized as a clear success and his upside is significant.

Bowser’s play took a small step in the right direction even though his playing time didn’t. It didn’t take enough of a jump for there not to be concern. Based on his athletic profile and versatility, he’s a starting-caliber talent, but he needs to figure out a way to turn that into on-field impact in year three. Because he hasn’t to this point, his path to playing time won’t be as smooth as he’d like.

For my money, Tim Williams is the most gifted pass rusher on this team. We’ve seen so many games go into the 4th quarter the last few years that have screamed for a pass rusher to get home close out games. Williams has that ability. Injury and Harbs’ dog house have stifled his playing time to this point in his career. Much like Bowser, he’ll need to put it together in year three – he’ll need some help from the club though.

Bam Bradley parlayed a strong 2017 preseason into a spot on the 53-man roster. He tore his ACL early in the season and missed the entire campaign. While he did work towards recovery, he remained on the PUP list in 2018 and ended on IR. When training camp rolls around he’ll be nearly two years removed from the injury. He’s a terrific special teams’ player who’s a dark horse to play snaps on defense, especially if Mosley doesn’t return. Who wouldn’t want to see a linebacker named Bam on the field?

Resigning all three of their unrestricted free agent linebackers would be awfully expensive and may not have the ideal level of upside. The market this offseason will offer a plethora of helpful options if they decide not to stand pat. 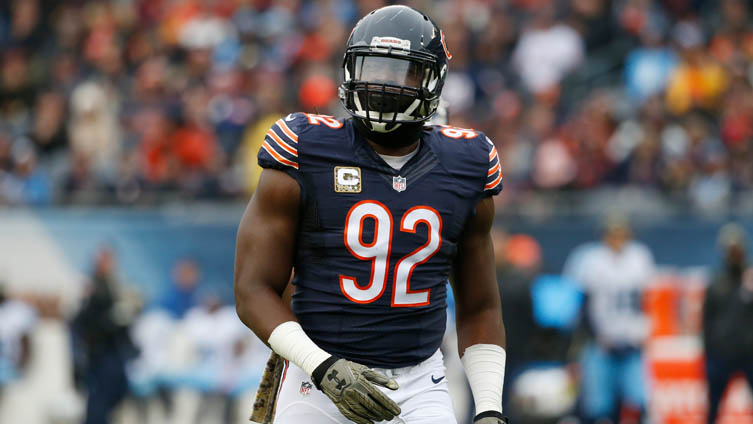 I don’t expect most of the top free agent edge rushers to actually hit the market when its all said and done but we keep hearing little things that give you pause in the case of Clowney. I wouldn’t put the odds very high, but there’s a least a small chance the Ravens could attempt to swing for the fences with the 26-year-old pass rusher.

It’s fine, you can call me nostalgic, I don’t care. In all seriousness though, McPhee still has those heavy hands and calculated pass rush plan that still makes him a viable sub-package inside/outside rusher.

This is more speculative as he hasn’t officially been released yet. Once he does, he could be an interesting veteran replacement for Mosely. One that won’t count against the compensatory pick formula *sinister laugh*.

A power-based edge defender. Good play strength with nice hand usage. He’ll set the edge in the run game and collapse the pocket with said hand play and power moves. He’s not going to beat you with speed and won’t excel in space. The Ravens are a team that would value what he brings to the table and he would be a solid selection if they move on from their free-agent edge defenders.

Miller is a pretty complete edge rushing prospect: n great traits but good at a variety of things. He has some bend and burst off the edge. He can hold his own in space and while not overly powerful, he’s sound as an edge-setter. I think his pass rush upside might be a little higher than he’s given credit for but even if he doesn’t hit his peak, he projects as a versatile, rock-solid starter.

He’s the cleanest fit for a traditional 3-4 mike linebacker role of all the early-round guys. Very sound, physical guy who sheds blocks. His smarts and solid lateral mobility make him a serviceable pass defender. If Mosley moves on and the Ravens want that same style of player, Giles-Harris is a reasonable facsimile.

Like a lot of linebackers in this class, he’s a little on the small side but I like his toughness and propensity to use his hands. He’s an explosive and dynamic athlete in space and as a blitzer. The fit won’t be the cleanest necessarily but he’s a really good football that’s being overlooked. He’ll fight his way on to the field.