The 14: Positional Extravaganza (Part I)

Welcome back to The 14, a series centered around the Baltimore Ravens’ 14th overall selection in the 2022 NFL Draft. After spending a few days breaking down the players who are statistically most-likely to be drafted by the Ravens with the 14th pick, I’ll now zoom out for a wider look at the 2022 draft class broken down by position.

I originally started this piece with a nice discussion about positional value in the NFL, but writing the rest of this piece, well…

For brevity’s sake, I’ll simply direct you to my favorite breakdown of positional value by Jason Fitzgerald, the founder of OverTheCap. It does a good job encompassing the monetary value of each position while adjusting for the outsized impact (and therefore value) of top players at certain positions.

There are two things I’d highlight. First, positional value is largely determined by each position’s ability to impact the passing game, the most important part of the modern NFL. Second, these aren’t hard-and-fast rankings, especially for specific teams. There are plenty of situations in which a team would prefer a linebacker over an interior defensive lineman of similar value.

With that in mind, let’s go through the depth of the 2022 draft class in another loose order of what I see as Baltimore’s positional needs. This article will feature the first tier of positions, where the Ravens don’t have clear starters in 2022 and/or beyond. These are major needs that the Ravens must address in this draft. For each position, I’ll explain what the Ravens should leave the draft with as well as a few players I like, and how that affects their first-round decision.

(Note: For obvious reasons, quarterback will not be included.) 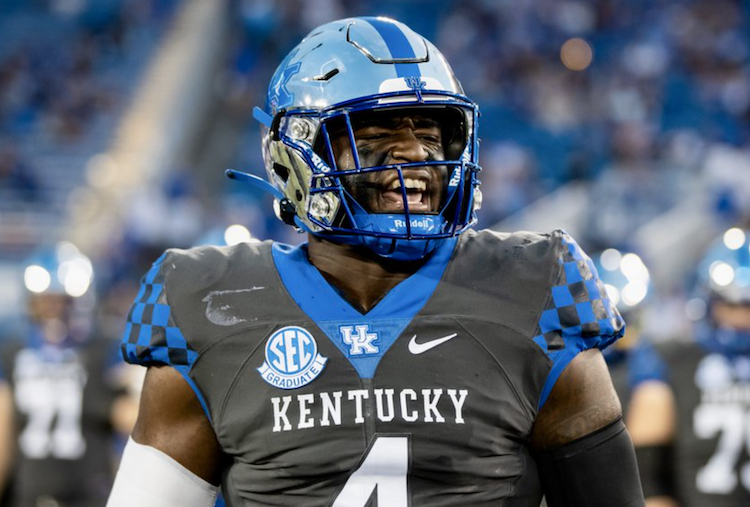 The Ravens should be looking to leave this draft with two of the following three edge defenders: a 3-4 outside linebacker, a pure edge rusher, and an edge defender who can flip inside on passing downs. Luckily, this draft class is ripe with talent on the edge who could fill more than one of those roles from four top-10 talents to solid depth well into Day 2. This would be an excellent spot for a double-dip in Baltimore to bring in more quality depth at one of the game’s most important positions.

I would love to land Michigan’s David Ojabo or Penn State’s Arnold Ebeketie in a trade back from 14 or up from 45. The Ravens might like Kentucky’s Josh Paschal, one of James Ogden’s red star players, enough to take him in the second round, though he’s expected to go sometime in the third. Mississippi’s Sam Williams and Western Kentucky’s DeAngelo Malone could be exciting third-round pass rushers, while I’d roll the dice on the upside of a physical specimen like Virginia Tech’s Amare Barno or UAB’s Alex Wright later on Day 3.

Since I want to double-dip at edge, the outstanding depth of this edge class doesn’t dissuade me from drafting an edge at 14. While Aidan Hutchinson and the alien Travon Walker – who I do love – feel impossibly out of reach, I’ve advocated exploring a trade-up for either Kayvon Thibodeaux or Jermaine Johnson, the latter of whom may fall to 14 anyway. 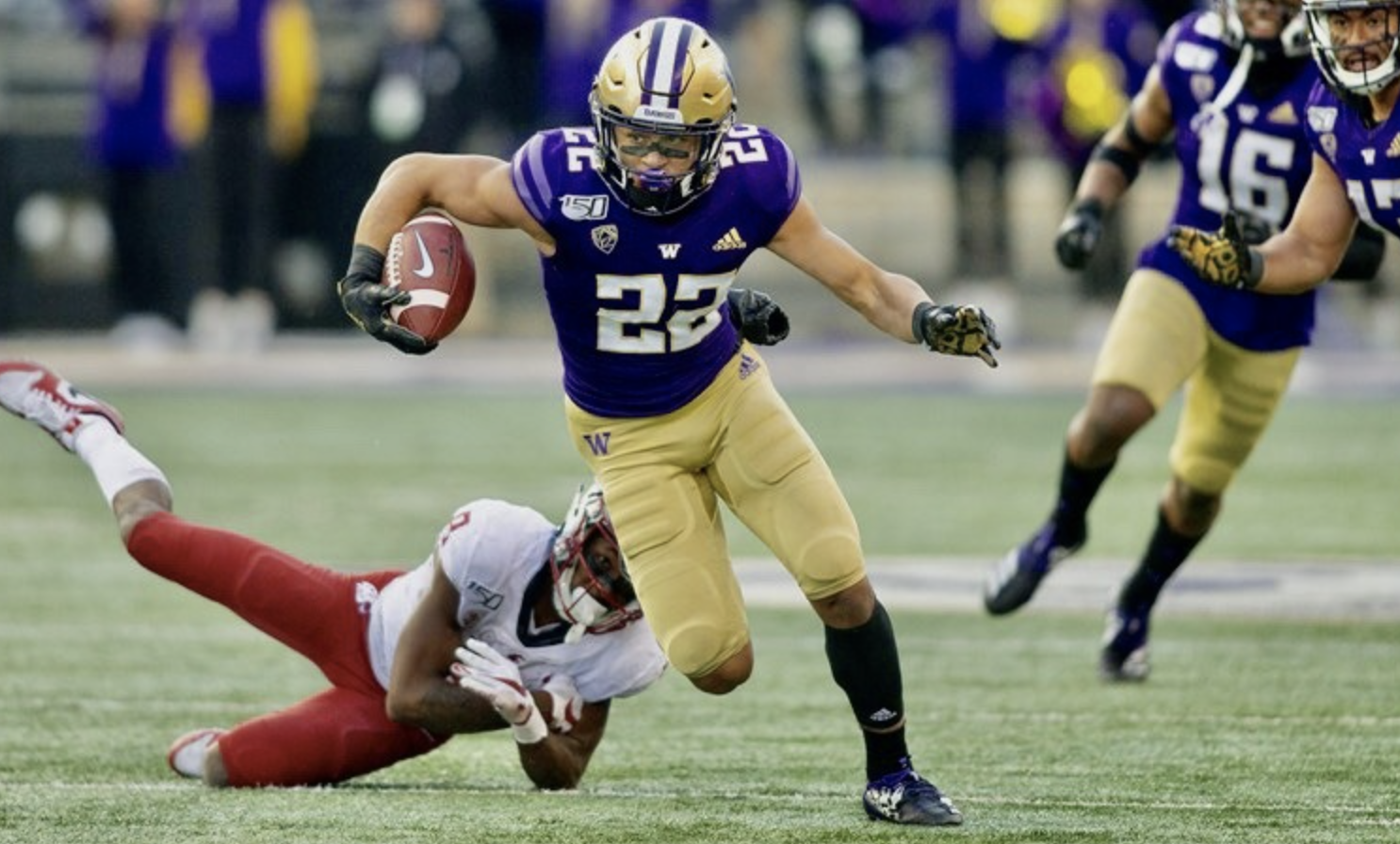 This is another good position for a double-dip, as the Ravens badly need cornerback depth both on the outside and in the slot. This draft is top-heavy with cornerback talent, as the quality drops off considerably after Round 2. While versatile players are always welcome, the Ravens should leave this draft with an outside cornerback and a nickelback, though there are several safeties who can play in the slot as well.

I would love for Florida’s Kaiir Elam to redeem his family name in Baltimore, and he’s a solid fit for their scheme as a target in the late-first or early-second round. Roger McCreary would be a good option with the 45th overall pick, but after that it very much depends on individual preferences in grabbing a developmental cornerback. There’s athletic freak Zyon McCollum out of Sam Houston State or slot playmaker Marcus Jones out of Houston in the third. I like SEC corners like Alabama’s Jalyn Armour-Davis and LSU’s Cordale Flott as Day 3 corners. Armour-Davis would be a developmental outside corner, while Flott gives me tall Tavon Young vibes.

Again, a desire to double-dip (say that five times fast) keeps me firmly interested in taking a cornerback at 14. I’d obviously trade up for Derek Stingley, and potentially Sauce Gardner, though I don’t think he falls out of the top five. I would be very happy with drafting Trent McDuffie with the 14th pick, and I could stomach the selection of Andrew Booth Jr. if the Ravens believe they can bring out the best in him.

I will not be taking any bets on Ronnie Stanley’s Week 1 availability at this time. The Ravens should be looking for an offensive tackle who can step in at left tackle right away if needed or project as a starting right tackle if Stanley is healthy. That demands a Day 1 or 2 pick, though I wouldn’t be against adding another tackle on Day 3. The overall depth of this class is quite good, though there aren’t as many great fits for the Ravens as I’d like.

I like Minnesota’s Daniel Faalele but I don’t think he’s capable of stepping in at left tackle right away, so I’m on Cole Jackson’s train of snagging Penn State’s Rasheed Walker in the third. Wake Forest’s Zach Tom is an excellent pass-protecting left tackle and has the versatility to play center as well, so he’d be a great Patrick Mekari-esque addition to Baltimore early in the fourth round. After that, it’s all developmental guys who wouldn’t offer more than depth as rookies.

If one of the top three offensive tackles in Evan Neal, Ikem Ekwonu or Charles Cross are available to the Ravens, they’re no-brainers. But I’m not sold on Trevor Penning at 14, though I could maybe be satisfied with a trade back to select him and add more Day 2 capital. With plenty of other tackles available, though, I’m not reaching for a tackle in the first. 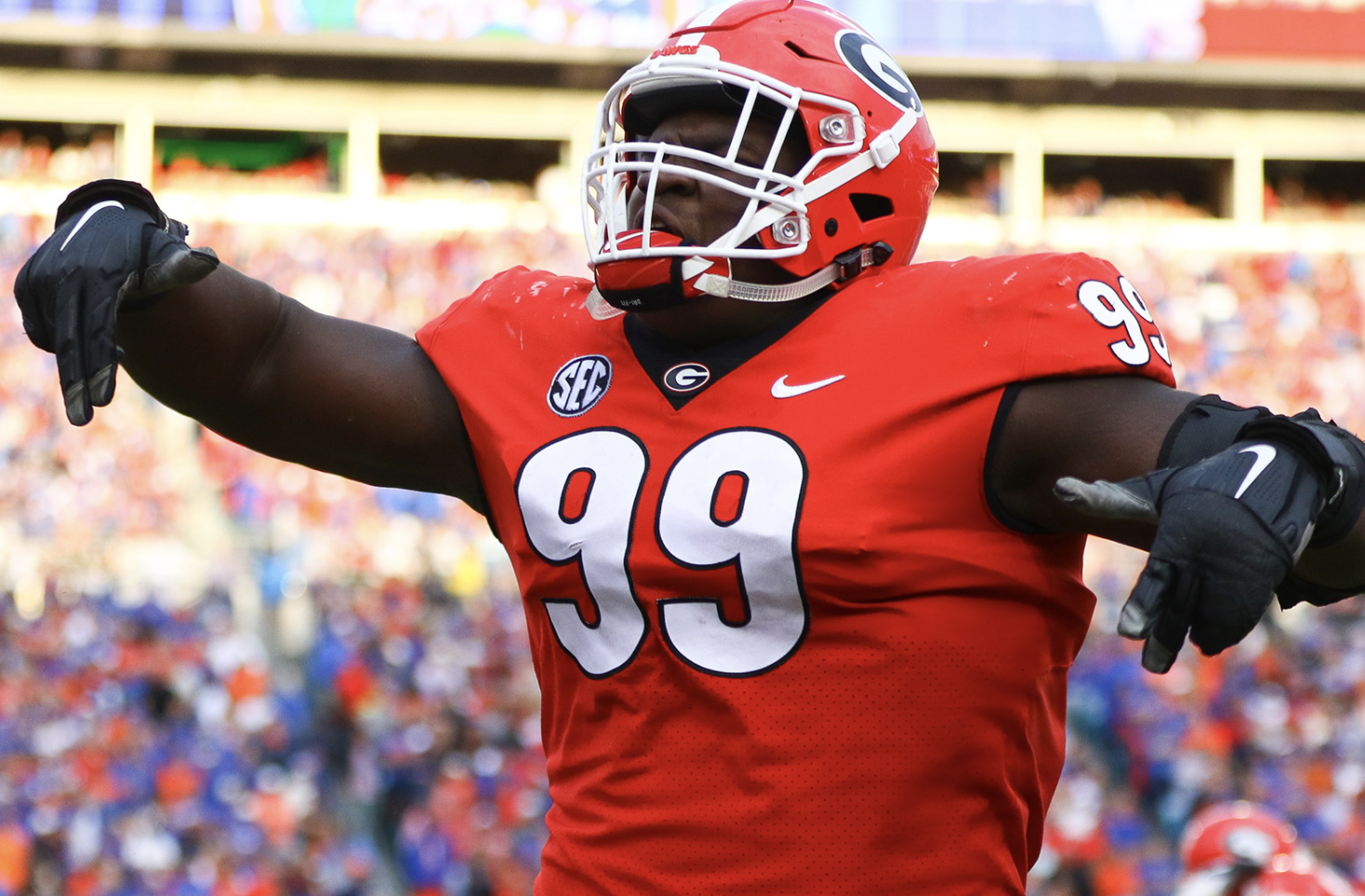 After re-signing Calais Campbell and Michael Pierce, the Ravens have enough starters along their defensive line, but they should be looking to inject some youth and pass rushing upside through the draft. I like a few of the younger practice squad players like Kahlil McKenzi and Isaiah Mack, so I’m not looking for a double-dip, but I wouldn’t complain either. This class has seven interior defensive linemen expected to go in the first three rounds, with a significant drop-off after that.

I’m not in love with any of the Day 2 interior defensive linemen, so I’d rather wait to see which one drops to the Ravens’ third-rounder, the 76th overall pick. Alabama’s Phidarian Mathis would be an excellent two-gapping fit in Baltimore who knows how to use his length and power, something that could translate to pass-rushing in the NFL. Beyond that, the Ravens could take a stab with any number of depth options. I like LSU’s Neil Farrell Jr. in the fourth round as a sleeper interior pass rusher who has the tools to be a run-stuffer in the NFL, while the Ravens may welcome new defensive coordinator Mike Macdonald back to Baltimore by drafting his former Michigan pupil Christopher Hinton.

With the lack of depth in this class, I’m obviously happy with Jordan Davis – and no other interior lineman – at 14. Grabbing such a clear DT1 with insane upside feels like a steal at 14, but there could be better options at more valuable positions. That would put the pressure on to secure one of the six remaining Day 1 or 2 players, but that shouldn’t be too difficult with the 45th, 76th and 100th picks. 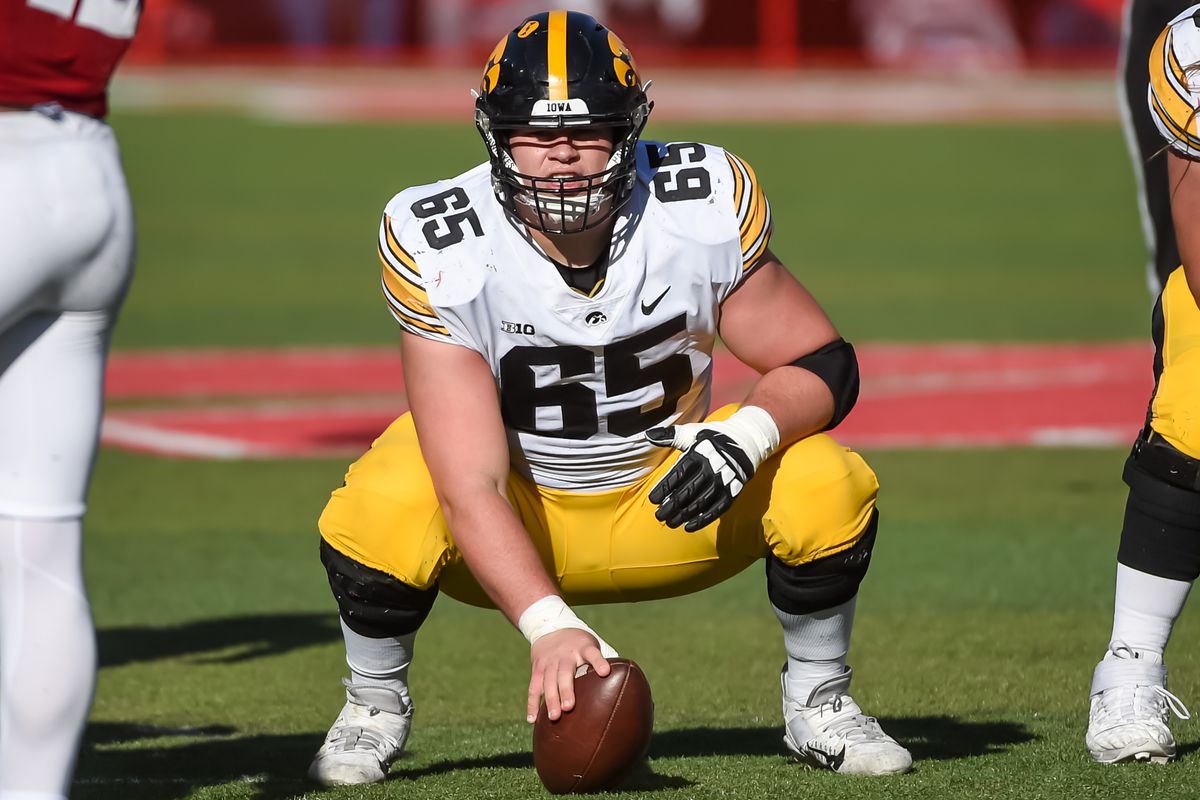 The Ravens are set to change their starting center for the fourth year in a row, so looking for some stability at center should be a priority in this draft. While I like Patrick Mekari at center, the potential to need him at either tackle spot is too great for Baltimore to leave the draft without bolstering center depth. I’m also looking for a player who fits the Ravens’ gap/power rushing scheme, which are few and far between in this draft class.

In fact, no true centers really interest me as fits for the Ravens, though I’d snatch up Memphis’ Dylan Parham if he slides. There are a few potential guard converts like Chattanooga’s Cole Strange in the third or LSU’s Ed Ingram in the fourth. Either would be solid scheme fits in Baltimore, but they’d need to work hard to master the finer points of the center position. No more bad snaps in Baltimore! Other than that, Ben Brown of Ole Miss could be a late-round pick with plenty of experience at guard as well as center. That versatility is always prized, especially from a player who held up against Phidarian Mathis and potential 2023 no. 1 overall pick Will Anderson when the Rebels visited Alabama in 2021.

I’m already against taking Tyler Linderbaum with the 14th overall pick, but I wouldn’t hate it in a trade back to the late first round. If that happens, then I wouldn’t look for a center later, but I’m expecting the Ravens to pass on Linderbaum at 14 and grab a developmental guy on Day 2 or 3.

That’s all for now, but my next article will go over the second tier of positional need, where the Ravens need depth players for specific roles in 2022 and the future.